In yet another classic western announcement, Warner today detailed their release plans for the Clint Eastwood film 'Pale Rider' on Blu-ray. The film is included in Warner's 85th anniversary Western event that will deliver several classics of the genre to Blu-ray later this year. While exact details of the release haven't yet been announced, expect the standard Warner VC-1 treatment in 1080p. Release is currently scheduled for August 26th.

Below is the official announcement from Warner:

A nameless stranger who rides into a small California gold rush town finds himself in the middle of a feud between a mining syndicate and a group of independent prospectors.

A must have for all Clint Eastwood fans!

Winner of Western Writers of America for Best Screen Play 1986. 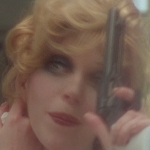